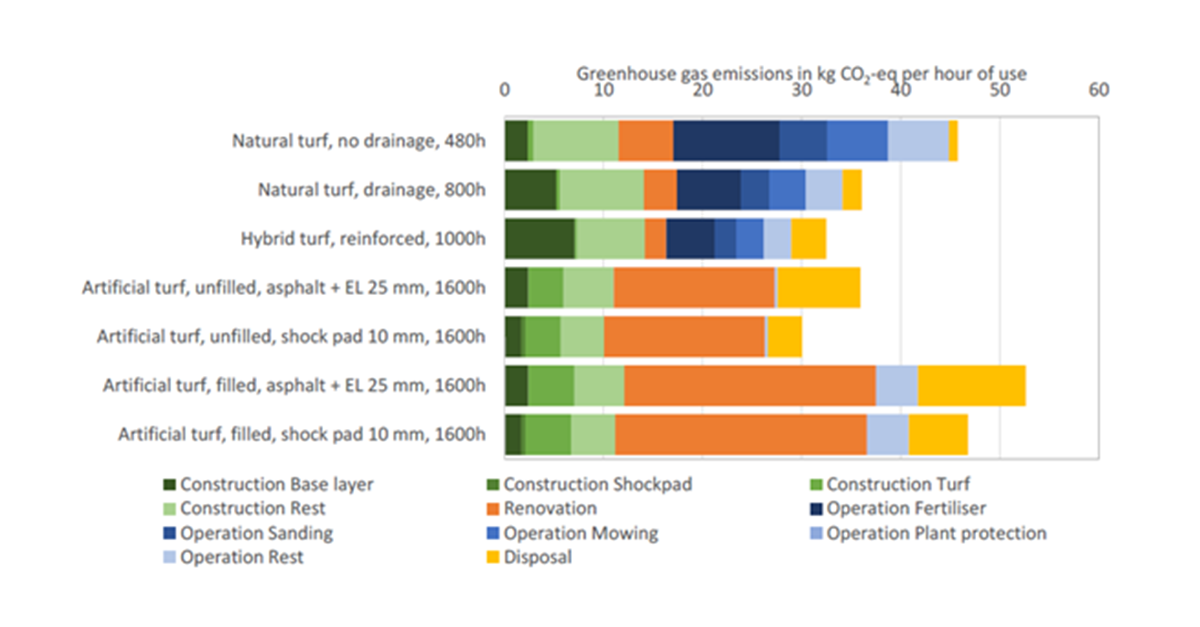 The environmental and health footprint of artificial turf fields built on a shockpad like ProGame is 20% smaller than that of fields using an elastic layer, the Swiss Institute of Natural Resource Sciences has concluded.

Following the release of a Life Cycle Assessment of Artificial and Natural Turf Sports Fields, Trocellen asked scientists of the Life Sciences and Facility Management Department of the Swiss institute to explore using ProGame as well as an e-layer in an additional study.

The results of this additional study show that greenhouse gas emission per hour of use is 30 kg CO2-eq on a third-generation artificial turf field with ProGame compared to 36 kg CO2-eq for a field that uses an elastic layer.

When multiplying these numbers with the number of hours of use over the entire 30-year lifespan the scientists considered for both layers, using ProGame saves 288.000 kg CO2-eq.

Light-weight and easy to handle

ProGame achieves this significant saving thanks to its lower weight. Where an e-layer can weigh as much 13 kg/m2, ProGame weighs only 0.8 kg/m2.

In their study, the scientists considered only the implications of dumping or incinerating the two layers at the end of their lifespan. However, ProGame has the advantage that it can be repurposed beyond that period. Furthermore, it offers more flexibility to the installing company. The installation of ProGame doesn’t require specialised equipment or crew and it is also less sensitive in terms of the weather conditions preferred during installation making it easier to install the surface outside the usual installation window.